3 reasons you should replace mercury fillings in Mount Prospect

Why White Fillings? 3 Reasons Why You Should Replace Your Mercury Fillings Fast

There have been debates for years regarding whether or not mercury fillings are safe. At Meyer Dental Group, we do not believe these fillings are even remotely safe. With the data we’ve seen from a variety of clinical tests we want to warn our patients about the dangers of mercury fillings, also known as silver amalgam fillings. We also feel that you should replace mercury fillings for white fillings as soon as possible.

We believe that… you should replace mercury fillings for white fillings

Why do we feel a sense of urgency when it comes to removing silver fillings? There are 3 studies in particular that we find especially disturbing.

1. Cell phone use can cause mercury fillings to release mercury into your bloodstream

A study first published back in 2008 found that the electromagnetic frequencies from cell phones heat silver fillings. When the metal is heated, mercury is released and then inhaled. Once inhaled, the toxin enters the bloodstream and travels throughout the body, damaging vital organs.

In a NewsTarget.com article, Alex Hummell, a mercury-testing expert stated that most dental offices don’t practice adequate precautions. In fact, on a variety of occasions, he found that mercury levels exceeded OSHA limits for an airborne toxic heavy metal.

Still, many patients, dentists and dental staff don’t think they’re at risk for mercury toxicity. If there is nothing to worry about, why have countries throughout Europe and Scandinavia banned mercury fillings?

3. Mercury poisons the body and can lead to disease

HolisticDentistry.News points to recent studies that prove just how toxic mercury really is. This heavy metal is linked to kidney disease, neurological disorders, autoimmune diseases, even high blood pressure and endometriosis. Once the mercury fillings were removed and replaced with white fillings the patients began noticing improvements in their health.

We believe that today's dentistry should be clear, effective, and healthy. 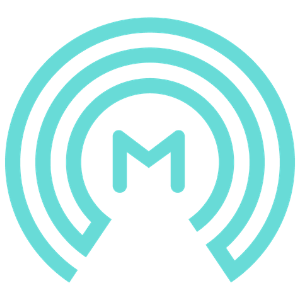 What are white-colored fillings?

How are composite fillings placed?

A composite filling procedure is quick and easy. After removing the decay, Dr. Meyer will place a scrubbing agent on the tooth. Once that is rinsed away, he will prime the tooth and then place a bonding agent. An ultraviolet light is used to cure the bonding material, as well as the composite resin.

Dr. Meyer will begin filling the tooth with the tooth-colored filling material. Then he will use an instrument to pack the material down tight and it is cured with ultraviolet light. He will continue to do this until the tooth is filled.

Finally, Dr. Meyer will check your bite to make sure there are no high spots. He will make any necessary adjustments and then polish the filling.

With all of the recent studies exposing mercury dangers, we at Meyer Dental Group highly recommend going mercury free. Not only will your teeth look more beautiful, you’ll protect yourself from a variety of health issues.

Do you want to replace mercury fillings? If so, schedule an appointment with us today. We will happily explain in detail how we protect our patients during the filling replacement procedure.

Your dentist in Mount Prospect
Make an appointment today

Saturday:
By Appointment Only
website & marketing strategy by
jawdropmarketing.com
The content on this website is provided as an information resource only, and is not to be used or relied on for any diagnostic or treatment purposes. Please consult a professional health care provider before making any health care decisions, or for guidance about any specific medical conditions you experience.